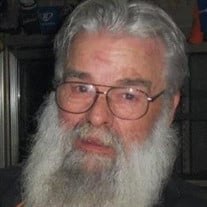 Steve Allen Wright, 68, of Jacksonville, Florida, passed away January 29, 2022, at home surrounded by his wife and family. Steve was born in Miami Beach, Florida on October 10, 1953, to Paul Wright (U.S. Marine) and Joyce Wright. He grew up in Mooresville, NC until moving to Jacksonville in 1991. He was predeceased by his father, Paul Wright. Steve is survived by his wife of 28 years, Theresa; daughter Stephanie Smith (Richard), son Michael Call (Natasha), and son Aiden Allen Wright; adopted son Lee Ashbaugh; his mother Joyce Wright of Mooresville, NC; brothers David Wright (Beth) and Billy Wright of Mooresville, NC, sisters Debra Johnston (Nicky) of China Grove, NC, and Sherry Speight (George) of Mt. Airy, NC; six grandsons, Paul Wright, Anthony Ducali, Jacob Call, Christopher Ducali, Christopher Call, and Kristopher Beckham; a new grandchild is coming in July of 2022; a host of aunts, uncles, cousins, nieces, and nephews; and dear and special Breakfast Club brothers and sisters. Steve grew up working with his father in residential construction. When he moved to Jacksonville, he began a career of demolition with local companies. He used to joke, “I started out building them up, now I’m tearing them down!” Steve loved NASCAR racing, going to the Atlanta, Charlotte, and Daytona tracks for various races with family. He was actively involved in Cub Scouts in the mid- to late 90s. He and his wife also loved riding their Harleys to various places such as Daytona Bike Week and The Tail of the Dragon in the Blue Ridge Mountains, along with participating in various local toy runs and camping out at the Big Easy in Middleburg. Steve’s family was the most important thing in his life, and he always put them first in everything he did. Visitation will be from 4-5 pm at Corey-Kerlin Funeral Home, 940 Cesery Blvd., Jacksonville, Florida 32211 with a memorial service immediately following from 5-6 pm. Steve was a Life Member of ABATE – Lake County. Please feel free to make a donation to Lake County ABATE in his name, PO Box 492, Astatula, FL 34705.

Steve Allen Wright, 68, of Jacksonville, Florida, passed away January 29, 2022, at home surrounded by his wife and family. Steve was born in Miami Beach, Florida on October 10, 1953, to Paul Wright (U.S. Marine) and Joyce Wright. He grew up... View Obituary & Service Information

The family of Steve Allen Wright created this Life Tributes page to make it easy to share your memories.

Send flowers to the Wright family.