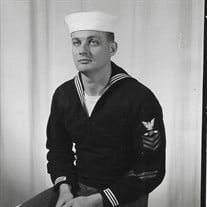 On Thursday, April 7, 2022, Raymond Edward Bathurst passed away after a second courageous battle with cancer. Raymond was preceded in death by his parents, Raymond and Delores Bathurst and daughter, Tara Bathurst Osier. Ray is survived by his children Thomas Bathurst, Carla Bathurst, Karen Johnson, Joseph Bathurst and Michael Bathurst; grandchildren, Brent, Justin, Caitlan, David, Alexis, and Joy as well as three great grandchildren, Aidan, Austin, and Lucas. Raymond Bathurst was an only child. He was born in Ambridge, Pennsylvania on July 17, 1933 to Raymond and Delores Bathurst. Ray was a natural athlete with a lifelong passion for baseball. Ray’s fondness for baseball started at North Park, in Allegheny County, with neighborhood friends who shared his passion for the game. Ray played for the Ambridge High School Bridgers, The American Legion and also while serving in the US Navy. At the age of twenty, Ray joined the United States Navy. He eventually earned the rank of Senior Chief and retired after 24 years of service. In 1957, Raymond and Ruth Anne Davis were married. The family lived in Pennsylvania, Tennessee, and eventually settled in Jacksonville, Florida in 1964, welcomed by hurricane Dora After retiring from the Navy, Raymond and Cecil Ledford joined Larry Coy (good friends from the Navy) to use their knowledge and skills gained from Navy aviation electronics. to form Quadrionics Plus, Inc. Raymond, Cecil and Larry were pioneers in the field of technical computer support for the former Florida National Banks as well as other companies throughout the state. For many years, Ray shared his love of baseball with his sons as well as many other boys coaching at Lake Shore Athletic Association. Ray was always intent on teaching the fundamentals of the game, and his knowledge and admiration for baseball reflected in his teams’ competitiveness and sportsmanship. Ray made all that came to play baseball a better baseball player. Ray enjoyed the company of many friends throughout his long life, particularly his associates at QPI; Howie, Scott and Tony. A friendly photo of the four was the last possession removed from Ray’s hospice room on his final day. Ray also enjoyed conversing and sharing a beer with his many companions and the owner of the Lake Shore Bar, Jim Littleton, a fellow Pittsburgh transplant. Ray spent the last several years living a determined, independent life at Timuquana Gardens where he was very content and kindly watched over by the community, especially his dear friend Linda Chapman. As neighbors, Linda and Ray developed a close friendship which provided Ray’s family much peace of mind and was instrumental in continuing to support his independence. Ray was also watched over by Carla and Karen and if not for his daughters and close friends, would not have enjoyed his final years as much as he did.

On Thursday, April 7, 2022, Raymond Edward Bathurst passed away after a second courageous battle with cancer. Raymond was preceded in death by his parents, Raymond and Delores Bathurst and daughter, Tara Bathurst Osier. Ray is survived by his... View Obituary & Service Information

The family of Raymond Edward Bathurst created this Life Tributes page to make it easy to share your memories.

Send flowers to the Bathurst family.