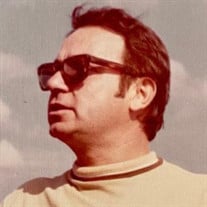 Dr. Peter Lipkovic, 87, passed away peacefully Wednesday, October 6, 2021. He was born July 14, 1934, in Novi Sad, Yugoslavia. Dr. Lipkovic earned his medical degree in Belgrade, Yugoslavia. He moved to the United States in 1962 and completed his pathology residency in Phoenix and Honolulu. In 1969, Dr. Lipkovic moved to Baltimore where he completed his residency in Forensic Pathology, and subsequently became Board Certified in Forensic Pathology, and an Associate Medical Examiner at the Baltimore Medical Examiner’s Office. In 1973, Dr. Lipkovic moved to Jacksonville and established the first Duval County Medical Examiner system, replacing the outdated coroner system. He remained the Chief Medical Examiner of Duval County until his retirement in 1999. Dr. Lipkovic was the founding member and first President of the Florida Association of Medical Examiners. He taught at the University of Florida, University of Maryland, and University of Hawaii medical schools. He established a training program for Forensic Pathology residents in Jacksonville and was a frequent lecturer at medical meetings, and at universities and hospitals. Dr. Lipkovic worked on many famous cases, including testifying in the Ted Bundy trial. His illustrious career was only surpassed by his devotion and love for his family. He is survived by his wife of 57 years, Lida Lipkovic; his daughters, Mimi Smith and Vesna Lipkovic; his sister, Marina Stajic; and grandchildren, Max and Jacob Smith. The Memorial Service will be held November 13, at 3:00 p.m. at Corey-Kerlin Funeral Home, 940 Cesery Boulevard, Jacksonville, FL. 32211. In place of flowers, donations may be made to the Alzheimer’s Association.

The family of Peter Lipkovic created this Life Tributes page to make it easy to share your memories.

Send flowers to the Lipkovic family.