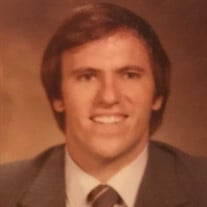 Patrick (Pat) Timothy Green, 65, passed away unexpectedly on September 10, 2020. Born on August 30, 1955, Patrick was a lifelong Jacksonville resident and a graduate of Terry Parker High School (class of 1973), the University of Florida and Liberty University. He was a passionate fan of all sports and spent his earlier years coaching and mentoring his younger brother, Paul, and many others as a baseball coach with the Justina Little League. His dedication to his players was legendary and culminated in a County Championship season for his team in the late 1970s. Pat was equally fervent about Florida Gators football and saw his orange-and-blue dreams come true when he witnessed -- in person -- his beloved Gators besting in-state rival the Florida State Seminoles at the 1997 Sugar Bowl to win their first national championship in team history. Pat (and his ever-present duffel bag) were a fixture on Duval County middle and high school basketball courts for many years, following in his father’s footsteps as a referee with the Southern Association of Basketball Officials (SABO). Through SABO, he made friendships that lasted throughout his life. He was known for laughing loudly and often.....particularly after pulling off one of his many pranks directed at unsuspecting family members. Among them, his “large, live blue crabs” stunt remains legendary. In recent years, Pat experienced a number of life setbacks and was in poor health. His family members extend their heartfelt thanks to those who stood by his side during his difficult times. Patrick was predeceased by his father J.C. Green, Jr. and stepfather Salvatore P. Lalli. He is survived by his children Patrick, Savannah and Sierra, whom he loved deeply; mother Cora Lalli (Jacksonville); stepmother JoAnn Green (Jacksonville); brother Paul Lalli (Sandy) of Westport, CT; sisters Debbie Stoutamire Bullock of Galveston, TX, Mary Green of Palm Coast, FL, and Julie Green-Smith and Kelly Green (Jacksonville); as well as several nieces and nephews. A Memorial Service will be held at 11 a.m. on Saturday, May 1, 2021 at Corey-Kerlin Funeral Home, 940 Cesery Blvd. Jacksonville, FL.32211. “As you close your eyes in rest, may all your pain and troubles be lost forever. May you find paradise and a world of eternal life. May your soul rest in peace.”

Patrick (Pat) Timothy Green, 65, passed away unexpectedly on September 10, 2020. Born on August 30, 1955, Patrick was a lifelong Jacksonville resident and a graduate of Terry Parker High School (class of 1973), the University of Florida and... View Obituary & Service Information

The family of Patrick "Pat" Timothy Green created this Life Tributes page to make it easy to share your memories.

Send flowers to the Green family.