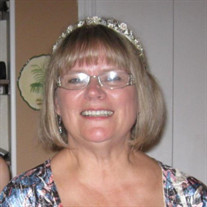 The family of Mary Ann Kipp-Yarborough created this Life Tributes page to make it easy to share your memories.

Our beloved Mary Ann Knipp-Yarborough, age 69, of The Villages,...

Send flowers to the Kipp-Yarborough family.