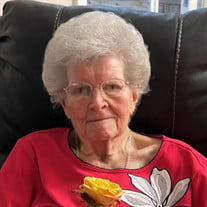 The family of Margaret Eugene Thomas created this Life Tributes page to make it easy to share your memories.

Margaret Eugene Walker Raulerson Thomas, who loved to be called...

Send flowers to the Thomas family.