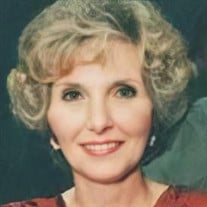 Margaret “Marge” Lee Biondi, 80, of Jacksonville, Florida was called home to Jesus on December 19, 2021. Marge was born on December 3, 1941 in Jacksonville, Florida where she was a longtime resident and attended Andrew Jackson High School; She later went on to become a Dental Assistant which was her occupation for many years. Marge’s greatest love was her family. She put everyone first her entire life, made every holiday special, and never forgot a birthday. Her kindness was felt by everyone. She loved unconditionally and fervently, listened with purpose, forgave without hesitation, had the patience of a saint, spoke with truth and grace, and could keep a secret like none other. She was all things love as described in 1 Corinthians 13. She was an angel on earth. Though our hearts are broken, we are confident she is now reunited with the love of her life, Ed Biondi, her parents, and loved ones. Marge is survived by her three children Vicki Loose(Paul), Lisa Walters, and Darin Nieman(Christina), six grandchildren Ashley Ortega, Brandon Ortega, Kasi Walters, Cody Walters, Christopher Nieman(Devin) and Lauren Nieman, and six great grandchildren Damian, Ava, Isabella, Easton, Pierce and Evan as well as her sister, Sherry Young. She was preceded in death by her husband, Ed Biondi and parents Harold and Susie McDaniel. Family and friends are invited to attend a celebration of life service on Saturday, January 15 at 2pm at Corey-Kerlin Funeral Home on Rowe Avenue in Jacksonville, Florida followed by dinner at Flamingo Lake Resort on Newcomb Road. If you are able to attend, we kindly request you wear a beautiful color of your choosing. In honor of Marge’s life, and her love for animals, the family kindly requests that any charitable donations be made in her name to First Coast No More Homeless Pets, https://www.fcnmhp.org.

The family of Margaret Lee Biondi created this Life Tributes page to make it easy to share your memories.

Send flowers to the Biondi family.