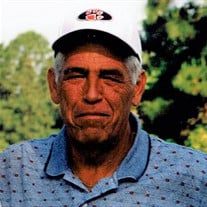 Louis H. Schaefer, 84, passed away peacefully on December 20th, 2020. He is survived by his wife of sixty-one years, Joan Schaefer; his son Mark Schaefer (Deb), his daughter Missy Schaefer Wal (Tom) and grandchildren Tyler, Brooke and Courtlyn Schaefer, and Riley and Nolan Wal. He is preceded in death by his son, Steven P. Schaefer, his father, Louis P. Schaefer and his mother, Angela M. Schaefer. Lou was born on June 15th, 1936 in Philadelphia, Pennsylvania, to parents, Louis P., and Angela M. Schaefer. Lou started his career in sales in the Philadelphia area before moving, with his family, to Jacksonville, Florida in 1979. Lou spent most of his life successfully selling industrial equipment. Lou was a great family man and a loving father. He married Joan in 1959 and the couple had three children together, including Steven, who died at the age of thirteen. Lou was a social, active man who enjoyed hunting, fishing, golf, and the paradise with a pool, which was his backyard. His family and friends will always remember him as a funny, thoughtful person. Due to COVID-19, a memorial service will be scheduled at a later date. Arrangements being handled by Corey-Kerlin Funeral Home, 940 Cesery Blvd., Jacksonville, FL 32211 904-744-8422.

The family of Louis H. Schaefer created this Life Tributes page to make it easy to share your memories.

Send flowers to the Schaefer family.