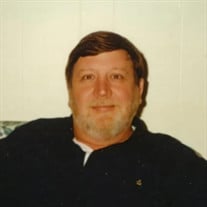 Leo John Fitzpatrick, Jr., born on November 4, 1942, passed away on January 24, 2022 in Jacksonville, Florida. Leo was a dedicated family man and hard worker, retiring from Anheuser Busch after 35 years of service. He is survived by his wife... View Obituary & Service Information

The family of Leo John Fitzpatrick Jr. created this Life Tributes page to make it easy to share your memories.

Send flowers to the Fitzpatrick family.