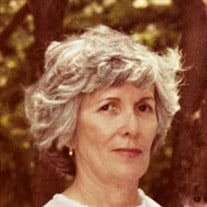 Juana Isabel Fernandez neé Cruz, 96, of Jacksonville, FL, passed away peacefully in her sleep on Thursday, Dec. 9, 2021, in the early morning. She was known to all as Isabel, 'Isa' or her family nickname 'Chichi'. She is survived by her son Venancio (Ana Mary), granddaughters-Cristina Elise (Saleh Dindar), Victoria Ann, Rebeca Elena, great-granddaughter Leyla Sofia, sister-Aydee Cruz Iglesias and numerous nieces and nephews. Isa was born to Severino Cruz & Juana Gonzalezon Feb. 8, 1925, in Consolación del Sur, Cuba. She was raised along with her nine siblings on the family homestead, 'La Ignorada', in the Ruiz neighborhood in the town of Consolación del Sur, Cuba. Growing up on the farm instilled Christian values she lived by throughout her life: Love of God and Mankind, Family is Everything, Gratefulness, Thankfulness, Discipline, Commitment, Patience, Service and Independence. Isa completed her secondary education and sewing/needlework courses to become a seamstress. She and her sister, Berta opened a shop in Havana in the mid 1950's, successfully creating unique dresses and quickly fulfilling alterations for their clients. In the midst of this success, she met and married the love of her life, Venancio Fernandez. In October 1958, she had her first and only child, a son, Venancio Fernandez, Jr. To ensure her son learned the values instilled in her, the family often visited the Cruz homestead until they left Cuba in March, 1970 on a Kennedy Liberty Flight. The family settled in Bellport, Long Island, NY sponsored by her sister-in-law. Isabel worked as a seamstress making children's clothing for Sears at Rollic, Inc. in Patchogue, NY. In 1986, after selling their home to retire, she and her husband moved to Miami, FL. There she enjoyed her garden and ran her small alterations business from home. In 1993, she moved to Jacksonville, FL to be closer to her son, daughter-in-law and granddaughters. After her husband's passing in 2003, Isabel moved in with her son and family. After a slight stroke in 2018, she entered rehab and lived the remainder of her life between home and The Terrace of Jacksonville Rehab center. Raised a Catholic, she later became a Baptist. Throughout her entire life, Isa was always dedicated to God, her family and serving others. She once said her daily plan included upon awakening, to praise and thank God for another day on earth, to ask for the strength to perform at least one good deed for another and to ask God for guidance to do better the next day. Her motto was "Si Se Puede'! … 'Yes You Can'! Funeral services will be held on Wed., Jan. 5, 2022, at Corey Kerlin Funeral Home as follows: Viewing at 10:00 AM, Visitation at 11:00 AM and Service at 12:00 Noon. Cremation will follow the funeral services.

Juana Isabel Fernandez neé Cruz, 96, of Jacksonville, FL, passed away peacefully in her sleep on Thursday, Dec. 9, 2021, in the early morning. She was known to all as Isabel, 'Isa' or her family nickname 'Chichi'. She is survived by her son... View Obituary & Service Information

The family of Juana Isabel Fernandez created this Life Tributes page to make it easy to share your memories.

Send flowers to the Fernandez family.