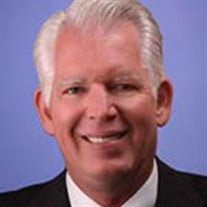 John Stephen O’Hara, Jr. (Steve) passed away peacefully surrounded by family on Thursday, December 31, 2020 after a long battle with cancer. Steve will be remembered for his devotion to his family, as a solid leader in his profession, and as a strong advocate for the environment. Steve was born on April 14, 1950, in Tallahassee Florida where he was raised by his parents, John and Ann O’Hara along with his eight younger siblings. He married his wife, Jeri, in 1975 and they filled their life with time outdoors, travel and family. He loved being with his family and friends whether for a meal, a kayak trip, or hunting and fishing. Steve attended Leon High School. He then went to Florida State University obtaining his undergraduate degree in English in 1972 and his law degree in 1977. He was a well-known and respected trial attorney in Jacksonville, FL. He was a member of the Florida Bar and the U.S. District Court for the Middle and Northern districts of Florida, and the Jacksonville Association of Defense Counsel. He started out at the Mathews, Osborne Law Firm and after that was a shareholder with several different groups of local attorneys until he started his own firm, The O’Hara Law Firm, in 1995. Steve’s favorite thing about practicing law was training young lawyers to be ethical, competent trial attorneys. Steve was a devout Catholic and a parishioner at Holy Family Catholic Church. He was actively involved in the Florida Wildlife Federation for the past 40 years. He served in several leadership positions for most of that time. He was an active member of the National Wildlife Federation which gave him and his family an opportunity to see many of the National Parks in this country. He also served on the Board of Directors for Safari Club International, North Florida Chapter. Steve was preceded in death by his father, John S. O’Hara. He is survived by his wife of 45 years, Jeri, and their children Lauren May (Andrew) and Megan Luten (Jamey). He leaves behind four grandchildren who he adored, Madelyn and Logan May and Eliana and Julia Luten. He also leaves behind his mother Ann O’Hara and his siblings Janice Spitzer, Victoria O’Hara (Gerry), Deborah Grant (Kevin), Bruce O’Hara (Kathy), Ellen O’Hara, Suzanne Hancock (Manny), Cathy Kendall (Roby) and Rebecca O’Hara (Bill). He is also survived by numerous nieces and nephews and their families. He leaves behind many cherished friends. In lieu of flowers, contributions may be made to the Florida Wildlife Federation. A Funeral Mass will be celebrated 11:00 a.m. Friday, January 15, 2021 at San Jose Catholic Church, 3619 Toledo Road. Following the Funeral Mass, Steve will be placed in the San Jose Catholic Columbarium.

John Stephen O&#8217;Hara, Jr. (Steve) passed away peacefully surrounded by family on Thursday, December 31, 2020 after a long battle with cancer. Steve will be remembered for his devotion to his family, as a solid leader in his profession,... View Obituary & Service Information

The family of John "Steve" Stephen O'Hara, Jr created this Life Tributes page to make it easy to share your memories.

Send flowers to the O'Hara, family.