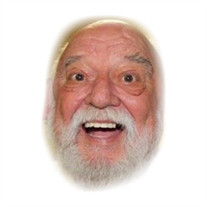 Rags-to-riches def: From being poor to being prosperous, specifically through one's own efforts. The faith that anyone could move from rags to riches — with enough guts and gumption, hard work and nose to the grindstone — is the core of the American dream - that American dream was the driving force in John Kern’s success as a ‘self-made man’. John was born in Chicago, IL to George and Bertha in 1939. He was one of three children; he has two sisters - Nancy and Mary. John became the man of his house at a young age, holding down paper routes and various jobs, bought his own clothes, paid his way through the teenage years. Watched his mother work multiple jobs and adopted her strength and commitment to his own family. John began his education at St. Francis DeSales Catholic School from 1st - 8th grade, moved on to Chicago Vocational High School, ultimately reaching Chicago City Junior College. In 1960, John wrapped up his time at the University of Chicago, working as a laboratory mechanic, welder, carpenter, painter and artisan; moving on to Wisconsin Steel Works until 1964 where he worked as a millwright, and was accepted into the Industrial Engineering Department as a trainee, scoring top of his class. In 1964, John moved into the ‘Engineer Manager’ role with National Video Corp, in which he managed 6 engineers. John then moved on as an Industrial Engineer Chicago Lamp Works, with responsibilities to refine the production process and to physically move the manufacturing plant. John was then pulled by Warwick Electronics and developed designs for new automated cabinet machining and finishing. He traveled through England, Switzerland, Germany and Austria, to view the European flat panel wood manufacturing operations. He brought that information back to the States and designed state-of-the-art wood finishing and dust collection systems. In 1970, John joined Pan-American Gyro-Tex Company where he pioneered processes and procedures to double the production volume and reduce rejects at the wall paneling plant. He was assigned to the Jacksonville plant to increase volume, reduce downtime and install new equipment. While in Jacksonville, he learned the art of fishing, sunshine, fresh seafood, and Southern women! In 1976, John returned to the place that stole his heart, Jacksonville, and began a family of his own, along with becoming a proud new small business owner of Jax Bargain Plywood and Jax Bargain Carpet. What started as a $50 investment in selling molding at the flea market was turned into a hugely successful building materials dynasty that afforded a wonderful family life on Heckscher Drive, and all the fishing he could dream of. Jax Bargain is currently under 2nd generation operation as Jax Bargain Cabinets & Flooring. Given his love for fishing, John purchased Browns Creek Fish Camp and operated a successful bait, tackle, pier and storage business since 1994. This too will continue as a 2nd generation business. Success is the sum of small efforts, repeated day-in and day-out. Through the years, John and his loving wife, Felicia, enjoyed every minute of their children and community. John held such seats as: Northside Council Chamber award winner for “Pride in the Northside” (1980), Chamber of Commerce West Council Small Business Leader of the Year (1991-1992), President of the Heckscher Drive Community Club, Member of the Westside Business Leaders Association, Member of Northside Businessman’s Club, Member of the Florida Lumber and Building Material Dealers Association, Member of the Florida Conservation Association, Member of the First Coast Fishing Club, Member of the Captain Club, Winner of the ‘Captain of the Year’ award through the Captains Club, plus much more! John is survived by his devout wife, Felicia; 1 beautiful sister, Nancy; 3 amazing sons, Glenn, Austin (Emily) & Larry (Kim); 1 favorite daughter, Rachel (Marc); 8 awe-inspiring grandchildren, Chadwick, Tanner, Maximus, Layne, Rosie, Amelia, Austen & Amanda; 1 Godly Father-In-Law, Tommy and a host of beloved cousins, nieces and nephews. John often spoke about making it to be an “old fart” and to the age of 80. His motif was always the same: “I have no regrets. I have been blessed with a wonderful wife of over 30 years, some fantastic kids, amazing grandkids, a community of close friends and a lifetime of experiences. I got to fish, be part of a successful business that is now running through the 2nd generation and have been lucky enough to live in a place other people only dream to vacation. I have not missed out on anything.” To call John Kern a pillar of the Jacksonville community would be an understatement. He was more of a steel column. And now he is gone, never to be forgotten. Colorful, lively, rascally, tender hearted, ambitious, successful, and most of all, loved by his family, with mutual admiration.

Rags-to-riches def: From being poor to being prosperous, specifically through one's own efforts. The faith that anyone could move from rags to riches &#8212; with enough guts and gumption, hard work and nose to the grindstone &#8212; is the... View Obituary & Service Information

The family of John Charles Kern created this Life Tributes page to make it easy to share your memories.

Rags-to-riches def: From being poor to being prosperous, specifically...

Send flowers to the Kern family.