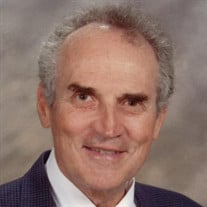 John Breen died on October 10, 2021 at the age of 90. John was born in 1931 of Irish parents, John and Bridie Breen, on his father's sugarcane farm in Northern Queensland. He was the fifth of seven children, three of whom are still living in Australia, Bernadine, Tess, and Myles. During his childhood he enjoyed most of all exploring the Australian bush on his horse, Barney. At age 12 he went to Brisbane for his education and graduated as a doctor at age 23. He rotated through pediatrics, obstetrics, surgery, and psychiatry before deciding on general surgery which at the time included neuro, thoracic, abdominal and orthopedics, all of which he needed when he became a Flying Doctor in the remote regions of Northern Queensland. To further his surgical education, he sailed as the doctor on a Chinese meat ship to London where, after intensive study, he was awarded the Fellowship of the Royal College of Surgeons and met and married Hilary. After two years as a surgical registrar in English hospitals, he went to Minneapolis to do academic research under Dr. Owen Wangensteen. While completing his required American residency at the inner-city St. Paul Ramsey Hospital, he spent many nights attending to life threatening injuries, among them taking bullets out of hearts and lungs. His patients were the first to survive such trauma there in the sixties. After the residency, Minnesota meant learning to skate and ski and shovel snow, with summer weekends spent in a primitive cabin on Lake Marion where friends were entertained with water skiing and wind surfing. Nearing 50, John decided to specialize in plastic surgery and came to Jacksonville for the residency. Jacksonville was warm and the plastic surgery community gave him a warm welcome. The family decided to stay. He was already a Fellow of the American College of Surgeons and after two years' practice, mainly in the emergency room where fatigue was a constant companion, he became a Fellow of American College of Plastic Surgeons. Throughout his professional life he devoted his great knowledge and energy to his patients. A loving husband, father, and grandfather, his life was a shining example for his family of patience and faith after a severe stroke confined him to a wheelchair ten years ago. John was a voracious reader in every subject from calculus to philosophy and economics. He knew much poetry by heart. After retirement his first enjoyment was to read the entire works of Shakespeare. His wife Hilary survives him. He was the love of her life for almost 60 years. His loving and caring children, Matthew (Kim) and Susan (Joey) gave him nine beautiful grandchildren: Julia, Mary, Michael, Johnny, and Sarah Breen and Jacob, Conor, Cade, and Luke Scanlon. Throughout his life the Catholic Church was his pillar of strength on the journey home to his Maker, providing the deeply intellectual and spiritual needs of his nature. A Funeral Mass will be on Saturday, October 16, 2021 at 11 a.m. at Assumption Catholic Church. The family will receive friends from 10 a.m. to 11 a.m. Burial will follow the mass at St. Joseph's Catholic Cemetery.

John Breen died on October 10, 2021 at the age of 90. John was born in 1931 of Irish parents, John and Bridie Breen, on his father's sugarcane farm in Northern Queensland. He was the fifth of seven children, three of whom are still living... View Obituary & Service Information

The family of John Breen created this Life Tributes page to make it easy to share your memories.

Send flowers to the Breen family.