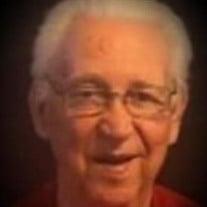 Jerry Stanley Gosnell (79) Jacksonville, Fl-passed away peacefully at HCA Memorial Hospital in Jacksonville, FL on Thursday May 12, 2022 surrounded by family. Heaven gained another Angel. He was looking forward to being reunited with his love of his life, his wife Vera. Many of us knew Jerry as the father to his daughters, Pap to his grandchildren and great grandchildren. He absolutely loved his family. He was born in Cape Girardeau, Missouri. He was the son of Raymond and Hettie Rose (Smith) Gosnell. Graduated High School, Married the love of his life Vera and joined the United States Navy. He served his Country in the United States Navy during the Vietnam War, where he received an Armed Forces Expeditionary Medal-Vietnam, a Navy Unit Commendation Ribbon and the First Good Conduct Medal Award. He served on the USS Midway Active Duty. After serving Active Duty, he continued serving his Country in the United States Navy Reserves USS Southerland. After serving in the Military, he had a long career with Maxwell House Kraft Heinz where he retired. He loved Alabama Football and NASCAR Racing . We all know a year as having four seasons. Not Jerry! There were two seasons a year, Alabama Football Season and the NASCAR Racing Season watching Denny Hamlin #11. He also liked to travel with his wife and family. He was preceded in death by his love of his life Vera Gosnell on April 14, 2022. They were Blessed to celebrate their 60th Wedding Anniversary on April 11, 2022. He is survived Daughters-(2) Sandra Patton and Melissa Barber. Grandchildren-(5) Sean LaBarge, Chris LaBarge, Zachery Theus (Brittany), Alex Hargrove (Stroker) and Devin Barber. Great Grandchildren-(10) Arianna, Braiden, Bryson, Caroline, Zoe, Rylee, Memphis, Lexi, Abby and Lilly. Sister- Annie Mae Cox. Brother, Ken Gosnell. Preceded in death by grandchild Tony. He was a longtime member of Hillcrest Baptist Church. Celebration of life Service will be held at Corey-Kerlin Funeral Home 940 Cesery Blvd, Jacksonville, FL 32211 on Thursday May 26, 2022. Viewing at 11:00am with Services at 12n followed by Internment at the National Cemetery-4083 Lannie Rd. Encouraging everyone to wear your favorite football team or NASCAR shirt to the Celebration of Life. In lieu of flowers the family has ask that a donation be made in his honor to the American Diabetes Association or AutismSpeaks.Org

Jerry Stanley Gosnell (79) Jacksonville, Fl-passed away peacefully at HCA Memorial Hospital in Jacksonville, FL on Thursday May 12, 2022 surrounded by family. Heaven gained another Angel. He was looking forward to being reunited with his... View Obituary & Service Information

The family of Jerry Stanley Gosnell created this Life Tributes page to make it easy to share your memories.

Send flowers to the Gosnell family.