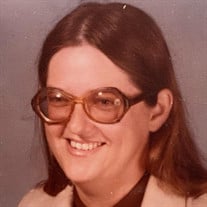 Janet Theresa Szlosek (71) Born on May 12th 1950 to parents, John & Jeanne Szlosek in Philadelphia, PA. Answering God’s call and a 13year continuous battle with cancer, Janet peacefully drifted from her earthly home and was welcomed into the glorious gates of Heaven on February 23rd, 2022. Surviving to grieve her passing are sisters Pat, (Mickey)& Milton Weeks, & Constance, (Connie)& Royce Wettstein, Nieces Theresa & (Tony) Rainbolt, Michele (Tinker) & Bobby Nicholson, Stephanie (Paul) Shields, Shannon & Brian Goff, and Amber Richey Nephews, Marron(Robin), Alan(Martha), and David(Janet) Weeks, Charles III (Chad) & Taryn Levitt, Great & Great-Great nieces & nephews Andrew Duke (Brayden) Heather Baker (Kaylee) , Ava & Jaxon Richey, Anthony Wettstein, and Bella, and Colt,(Charles IV) Levitt. After attending Assumption & Blessed Trinity Elementary schools in Jacksonville she went onto becoming a graduate of Bishop Kenny High School, all the while pursuing her dream of becoming a nun and serving God. Janet entered the order of St Joseph in 1970 in Jensen Beach, Florida. She was relocated to Miami for additional education and later moved closer to home to St. Augustine, Florida @ the Novitiate of Sisters of St. Joseph where she practiced her teaching degree attained while at Barry College in Miami. Shortly thereafter she returned back home in Jacksonville to assist & care for her parents. Once able to return to her love, teaching, she went back at it. Although no longer at a parochial school she still maintained her daily Catholic ritual by attending Mass every morning before heading 45 miles away to prepare her classroom for her “Kids” arrival. She truly loved & cared for each child she taught during the 25+ years that she was at Martin Luther King Elementary here in Jacksonville Florida. Enjoying many different hobbies. Janet loved to fish & would everyday if she could and you’d think she was feeding an army by the amount she’d cooked. She crafted & shared many Christmas items (Christmas was her favorite time of the year), then came her dogs, (her 4 “Babies), Toshi ,Doodie Bug, Jimmy & Yoda. In summing up Janet’s life, words like giving, humble, caring, sharing, and dedicated would only be a start for the angel on earth she was. A special thank you from Janet & her family to Elaine Eckert for being Janet’s Friend a prayer buddy, a confidant , a friend in a time of need, and just for being there for her. Janet is leaving behind a wish that all her church family , her friends, family, former affiliates, and students will rejoice with her as she is forever with her Lord Jesus Christ Arrangements by Corey Kerlin Funeral Home Jacksonville 940 Cesery Blvd. Jacksonville, Florida 32211 Rosary/Prayer & Share Monday, February 28th 2022 @ 12:45 St. Joseph Catholic Church (Marian Center) Mass: 1:30pm February 28th2022St. Joseph’s Catholic Church (Marian Center) 11730 St. Augustine Rd. Officiating : Father Clay Ludwig Interment: St. Joseph Cemetery Jacksonville, Florida

The family of Janet Theresa Szlosek created this Life Tributes page to make it easy to share your memories.

Send flowers to the Szlosek family.