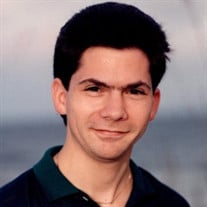 James Timothy Burnette, “Tim,” 54, passed away on February 9th 2021 in his home after a long and courageous battle with Huntington’s disease. He was preceded in death by his parents Jim and Linda Burnette, He is survived by his wife Sherri, and son Austin. Other survivors include brother Tom (Jenny), Aunt Claudia and Uncle Dickie, Uncle Paul and Aunt Sharon, Uncle Ira and Aunt Jennie, Nancy and Frank Mikel, Mother-in-Law Jeanette Ivey, sister-in-laws Linda Pialorsi, Sharon Goodroe, Teri Goodroe, Cindy Goodroe, and Heather Ivey. Brothers-in-law John Pialorsi, Al Goodroe, Glenn Goodroe, Mick Goodroe, Doug Goodroe, Steve Ivey, Wayne Mixon and many loving nieces, nephews, and cousins. Tim was born August 12th 1966 in Jacksonville Florida. He was a graduate of Terry Parker where he was in the marching band. He was also active in the ministry’s deaf quire. Tim was employed by Bank of America for 21 years. That is where he met the love of his wife, Sherri. They began dating and were married for 26 beloved years. Tim loved to go camping, working in the yard, collected old ship memorabilia, and going to bluegrass festivals. He loved playing bluegrass music in small groups. His most cherished accomplishment was becoming a dad to his only son Austin. From pouring cold water on each other while in the shower to chasing each other around the house, there wasn’t anything they wouldn’t do to aggravate each other. His happiest moments were always when his son would come up from Gainesville to see him and bring a Coke Icee. Funeral Services will be held on Saturday February 13th 2021 at 10:00 am at Corey-Kerlin Funeral Home, 940 Cesery Blvd. Family will reconvene at Evergreen Cemetery at 12:00 noon.

James Timothy Burnette, &#8220;Tim,&#8221; 54, passed away on February 9th 2021 in his home after a long and courageous battle with Huntington&#8217;s disease. He was preceded in death by his parents Jim and Linda Burnette, He is survived... View Obituary & Service Information

The family of James Timothy "Tim" Burnette created this Life Tributes page to make it easy to share your memories.

Send flowers to the Burnette family.