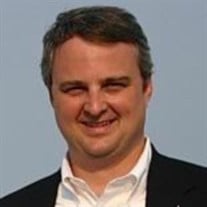 HAYES – James Franklin Hayes, III., 51, passed away on September 2, 2020. The third child, beloved brother, uncle, and only son of James F. Hayes, M.D. and Barbara Hayes, he was born in Jacksonville, Florida on September 11, 1968. He is survived by his sister Paula Kettell (Tom) and their children Lauren, Kelli and Christopher; sister Lisa Ephrem (Vic) and their children Adam and Henry; former spouse, Kirby Alexander; his aunt Dorothy Gaze and cousins, Ted, Tim and Tom Gaze; and his aunt Linda Hayes and cousin Elisabeth (David) Lay. James attended St. Andrews Episcopal Day School and later graduated from Jacksonville Episcopal High School in 1986. James received two degrees from the University of Richmond, a Bachelor of Arts in Economics in 1991 and a Master of Business Administration in 1998. While at Richmond, he served as social chairman for his fraternity, Pi Kappa Alpha. James’ career began as an account manager with the Washington Bullets Basketball team followed with serving as the Director of Ticket Sales and Event Management in the University of Richmond Athletic Department while earning his MBA. His transition back to Jacksonville included positions as a financial advisor and loan officer and later owning a Mortgage brokerage business. James, as an athlete, is especially remembered for his soccer skills from youth leagues to Episcopal High and the University of Richmond. He also loved snow skiing, especially with his Dad. His friends describe him as a kind, witty, handsome, mischievous, generous and wise. He was always ready with a quick laugh and a warm hug. Over his lifetime, he cherished his dogs which were his constant companions. He enjoyed time with friends at events like the annual Memphis in May barbeque cook-off. He passionately followed sports, especially the FSU Seminoles. He was loved, and loved by his friends and family. James will be missed deeply. A memorial service will be held Saturday, October 24, 2020 at Epping Forest Yacht Club at 10:30 a.m. In James’ memory, please consider donations to his favorite organizations: Nassau County Humane Society, Safe Animal Shelter, FSU Seminole Boosters, University of Richmond Spiders Athletics Fund for football and soccer, the JT Townsend Foundation and Disabled American Veterans.

The family of James Franklin Hayes, III created this Life Tributes page to make it easy to share your memories.

Send flowers to the Hayes, family.