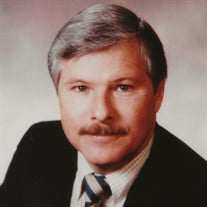 Harvey W. “Bud” Tillery, Jr. 81, went home to be with the Lord on Wednesday, February 3, 2021 after a long and valiant fight against his illness. He was born and raised in Columbus, Georgia, then attended Gordon Military College graduating from the Class of 1957. He gained Sigma Delta status while also playing in the band and as guard on the football team. In his studies he was accomplished in Military Science. He went on to serve in the Air Force being stationed at Thule, Greenland where he specialized in jet fuel and flew aircraft like Piper J-3 Cubs. After serving in the Air Force, he opened several businesses including Market Materials in Columbus, GA and later Architectural Doors and Millwork, Inc. with offices in Atlanta, GA and Columbus, GA specializing in materials, including stonework, beautiful paneling and windows and doors supplying the South. Some of his business clients included the Omni in Atlanta, GA. and Historic Andrew College in Cuthbert, Ga. where he provided and installed all the paneling to enhance the architecture. He was a founding member of Edgewood Baptist Church in Columbus, GA in 1950 where he attended until he moved to Jacksonville, FL. to be near family and be a big help to his mother in her later years. He enjoyed time with his family and the lifelong friendships he developed with his classmates of Gordon Military College. He is predeceased by his parents, Mary Emily, and Harvey W. Tillery, Sr. and two sisters, Carole T. Gordon, and Elaine Logan. He leaves behind his beloved cousins and many nieces and nephews, whom he loved. He had no children of his own but was looked upon with fondness and great love by those whose lives he mentored and loved. A memorial service is planned for a later date. In honor of Bud, we ask that you consider a contribution in his name to The Class of ’57 Scholarship Fund at Gordon Military College. That link is www.gordonstate.edu/give. Look for the Scholarship link and The Class of ’57.

Harvey W. &#8220;Bud&#8221; Tillery, Jr. 81, went home to be with the Lord on Wednesday, February 3, 2021 after a long and valiant fight against his illness. He was born and raised in Columbus, Georgia, then attended Gordon Military College... View Obituary & Service Information

The family of Harvey Woodrow Tillery created this Life Tributes page to make it easy to share your memories.

Send flowers to the Tillery family.