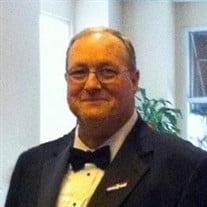 EVERETT LEE PERRY Everett Lee Perry, 70, born and raised in Jacksonville, passed away on June 10, 2022. He leaves to cherish his memory, his loving wife, Katherine, his siblings, Vanessa Bowden (Judge Aaron), and Kevin Perry (Elena): his children, daughter, Hope Morgan, son, Christopher (Kenishia) and stepson, Matthew Johnson (Mario Garcia). He was extremely proud of all three of his children for their individual accomplishments. He also cherished his grandchildren, Aston, Cheyenne, Caleb, Jayden and Emily, and great grandson, Phoenix. Everett was preceded in death by his parents, Cedric and Betty Tassen Perry, and his brothers, Gary Roger Perry and Bruce Allen Perry. Everett worked the majority of his life as a mechanic and as Maintenance Supervisor for Ivy Steel and Wire for 41 years. In his pastime, he loved to build model cars and even taught young beginners how to appreciate and build them also. A devoted NASCAR fan, he never missed a race having seen many at the Daytona Speedway, especially in his younger years, when his Dad would pile him and all his brothers in the back of his pick-up truck and they headed to the races. He was a devoted Richard Petty fan. He was a member of San Jose Catholic Church and honored and proud to be a 4th Degree Knight of Columbus. He truly loved his “Brother Knights”. A visitation for family and friends will be at San Jose Catholic Church on Thursday, June 23rd from 1:30 p.m. to 2:30 p.m. The Funeral Mass will follow at 2:30 p.m. Everett will be placed in the Columbarium immediately following the service.

The family of Everett Lee Perry created this Life Tributes page to make it easy to share your memories.

Send flowers to the Perry family.