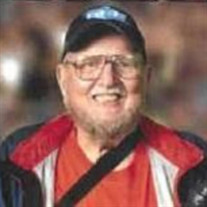 Ernest “Ray” Maxey was born September 4, 1929, in South Jacksonville, Florida, and in Jacksonville, he stayed. He left this world on May 25, 2021, at age 91. He graduated from Andrew Jackson High School in 1949. In his youth he was a member of the Volunteer Red Cross Life Saving Corps, was a lifeguard on Jacksonville Beach, serving as the Corps’ captain in 1960. Ray went to work for the City of Jacksonville in 1950 on the TOPO Surveying crew. After much hard work, studying, testing and several premotions he retired in 1994 with the title of Civil Engineer in the Planning Department. He was also part of the Army Reserves and retired in 1989 with the rank of Master Sargent after 39 years. While working as a Civil Servant he also served on the Jacksonville Engineering Credit Union Board as the Treasurer. Was a member of the Jacksonville Chamber of Commerce and a member of the William B. Barnett Lodge # 187 F and A M. After Ray’s retirement he and Barbara did some traveling and spent some happy quality time in Portland, Maine with their grandchild. On his return home, Ray started teaching the AARP Safe Driving Course and became a season ticket holder and Florida Gator Club member. He and his son Don would make the Saturday trek to Gainesville to watch the Gators play. Ray is survived by his devoted wife, of 56 years, Barbara A. Maxey, Children, Donald A. Maxey (Mary) and Michael (Max) Maxey, stepdaughter, Linda D. Parker, and grandson, Parker A. Watts. This loving husband, father, grandfather, friend, and Gator Fan will be missed. Ray’s ashes will be interred at the Memorial Jacksonville Veterans Cemetery on Tuesday, July 6th at 9: OO A.M., with Military Honors

The family of Ernest "Ray" Maxey created this Life Tributes page to make it easy to share your memories.

Send flowers to the Maxey family.