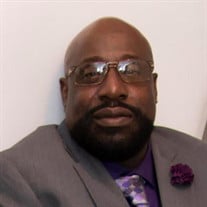 Anthony "Tony" Quarterman, the youngest child of William James Quarterman Sr. and Pearl Quarterman, was born April 11, 1959, in Philadelphia, Pa. Growing up in Germantown with his brothers and sisters, Tony was a gifted athlete who excelled in baseball and basketball at Germantown High School, graduating in 1978. After high school, Tony joined the Army and had his first child Michell in 1982, followed by Anthony “Jr” in 1983. Shortly after the birth of his son, Sergeant Anthony S. Quarterman was honorably discharged in 1984 and prepared to embark on the journey of parenthood. After relocating to Jacksonville, Tony started with the Duval County School Board in 1987 and had a second son, Stephen, shortly after in 1989. Tony spent 32 years with the school board, where he built lasting relationships, earning the respect of his peers and the love of his students. Mr. Quarterman, affectionately known as "Coach," was typically the first faculty member to greet the students in the morning. He knew every bus route, a benefit of any lost student. And he would have you believe the cafeteria was the library, a gift to any faculty member! If your network is your net worth, Tony was among Jacksonville's wealthiest people. Whatever you needed, Tony knew somebody, that knew somebody, that knew somebody. Tony was a pillar of the community, and if laughter is what holds a family together, Tony was the glue. At any family function, Tony was the life of the party, singing, dancing, and making sure everyone had a good time. If his brothers or nephews were around, you better believe he was in rare form. Tony was a loving son, father, grandfather, brother, and friend. He was the epitome of "Unc," an elder you could come to for advice but approach as a friend. Tony kept his cars and home immaculate. His routine consisted of wiping down his cars, blowing the leaves around his door, watching movies, and programming firesticks for his family. His contagious work ethic, the joy of laughter, and notes from his favorite fragrances were all things he left us with and that we'll all miss dearly. He is predeceased by his son, Stephen Quarterman; father, William James Quarterman Sr.; sister, Shirley Traylor; and brother, Edward Jackson. Tony will be forever loved and remembered by his cherished daughter, Michell Hicks (Kai); son, Anthony Quarterman; mother, Pearl Quarterman, grandchildren, Ashlynn, Akayla, Dailynn, Christian, Tristan, and Ava; sisters, Betty Pearson, Jean Quarterman, Diane Quarterman, and Denise Way (Earle); brothers, William Quarterman Jr., Matthew Quarterman (Janice), and David Quarterman (Annette); a host of nieces and nephews who loved their Uncle Tony dearly; cousins, aunt, and close friends.

Anthony "Tony" Quarterman, the youngest child of William James Quarterman Sr. and Pearl Quarterman, was born April 11, 1959, in Philadelphia, Pa. Growing up in Germantown with his brothers and sisters, Tony was a gifted athlete who excelled... View Obituary & Service Information

The family of Anthony Steven Quarterman created this Life Tributes page to make it easy to share your memories.

Send flowers to the Quarterman family.